Health Advisory Update: We care about your health and continue to serve our customers safely. Read More

Problems That Can Lead to Repiping 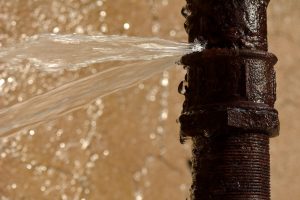 Some plumbing problems can be left for a while without becoming a serious threat (although you should never knowingly neglect an issue with your system). Some other issues, though, should always be resolved as soon as possible if you want to avoid more serious consequences.

Those consequences can include all sorts of things, from blocked pipes to entire floors of the home flooding. What we’re going to talk about today, though, are those problems that destroy the pipes themselves. Have a look at some issues that can lead to repiping, and what you can do to address them.

Limescale is a type of mineral deposit that forms as the result of long-term exposure to hard water, which is water with high amounts of magnesium and calcium in it. This isn’t harmful to you, but it can cause all kinds of damage to your pipes. As limescale builds up in the pipes, it restricts the flow of water through them. This harms your plumbing system’s efficiency. What makes limescale especially dangerous is that if it isn’t caught in time, it will harden and become nearly impossible to remove without damaging the pipe it’s attached to. Most homeowners have to replace pipes that are that badly afflicted with the deposits.

If you notice a white film or chalky substance on your faucets, or in your bathtub or shower, you probably have limescale in your pipes. The best thing to do in that case is to consult with a professional in-person about either installing a water softener or cleaning out the pipes to remove the limescale.

Most modern plumbing pipes are made of copper, which is resistant to rust and other common issues that afflict iron or steel pipes. Still, copper pipes are not invincible. There are still certain materials that can eat through them, if present in high enough amounts or given enough time. Formaldehyde and chlorine particles, for example, can easily open up leaks in copper piping. If the corrosion is allowed to get too advanced, it can open enough leaks that it’s easier to replace the pipes than to keep patching them.

If you know that you have copper pipes in your home, you need to have a plumber check out your system at least once every couple of years to make sure that it isn’t developing leaks. Unfortunately, if you have these kinds of particles in the area around your pipes there isn’t much to be done to prevent leaks from forming. The best you can do is give your plumber the opportunity to find potential leaks and resolve them before they get out of hand.

These are just a couple of the more common issues that can lead to repiping. If you want to keep your system healthy, the best way to catch serious issues is to schedule annual plumbing inspections. This will make it much more difficult for you to be caught unawares by plumbing issues.

Admiral Plumbing Services, LLC provides comprehensive plumbing services throughout Palm Beach, FL. If you need plumbing services of any kind, contact us today to schedule an appointment with one of our plumbers.

It's Time to Invest in a Mesh Screen

Get The Latest Updates